In 1889, Julius Hahne opened the first Hahne specialty shop. By 1911, a full-service department store was built in downtown Newark, NJ. As the 20th century drew to a close, the legendary department store had run its course leaving a 441,000 square foot building that once anchored a bustling neighborhood. In 2016, we were approached to conceive of a new brand identity for the space, which was about to debut its next life as a stylish apartment building with a Whole Foods on the ground level. The assignment was complicated. Rich with history, energized by the potential of turning a new leaf, yet the risk of alienating the community that grew up with the Hahne Building was a concern for all. 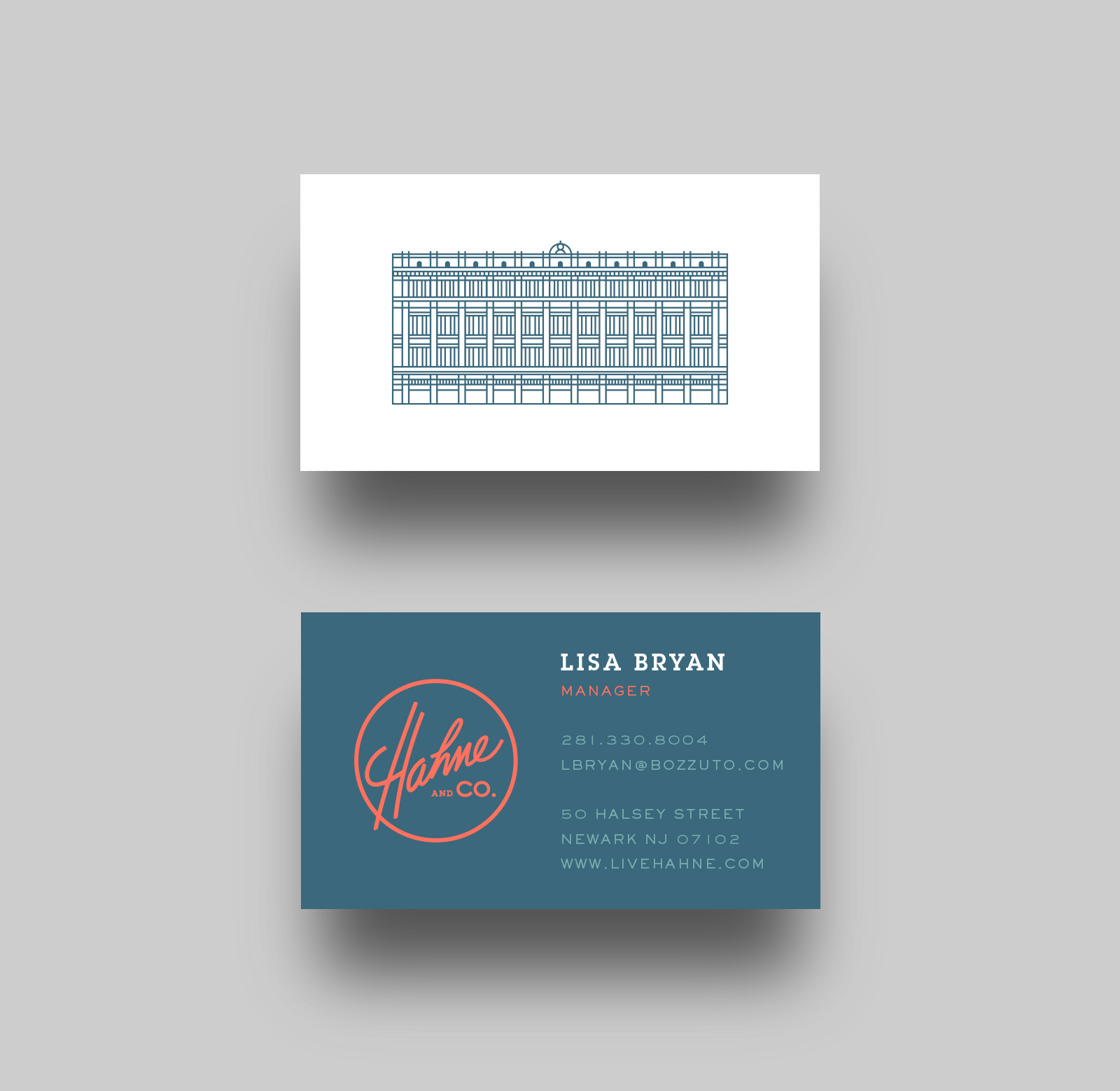 The original family business logo remained perched on the building’s western facade, drawn in a late deco era script that once adorned hat boxes and shopping bags. The temptation to preserve the heritage brand was there, but explicitly leaning on nostalgia felt wrong. We immediately began to adjust and redraw the script, bringing in contemporary colors and illustrations that would look great on a mobile device but build a bridge to the good old days. Our print and marketing collateral nods to hotel stationery and the bygone era, but we countered by exploring rustic textures like craft paper to ground everything in the present. When the spaces were complete and ready to lease, we brought in a lifestyle photographer and stylist to document the mood of the living quarters and to highlight the thoughtful details, materials, and quality of the interiors. 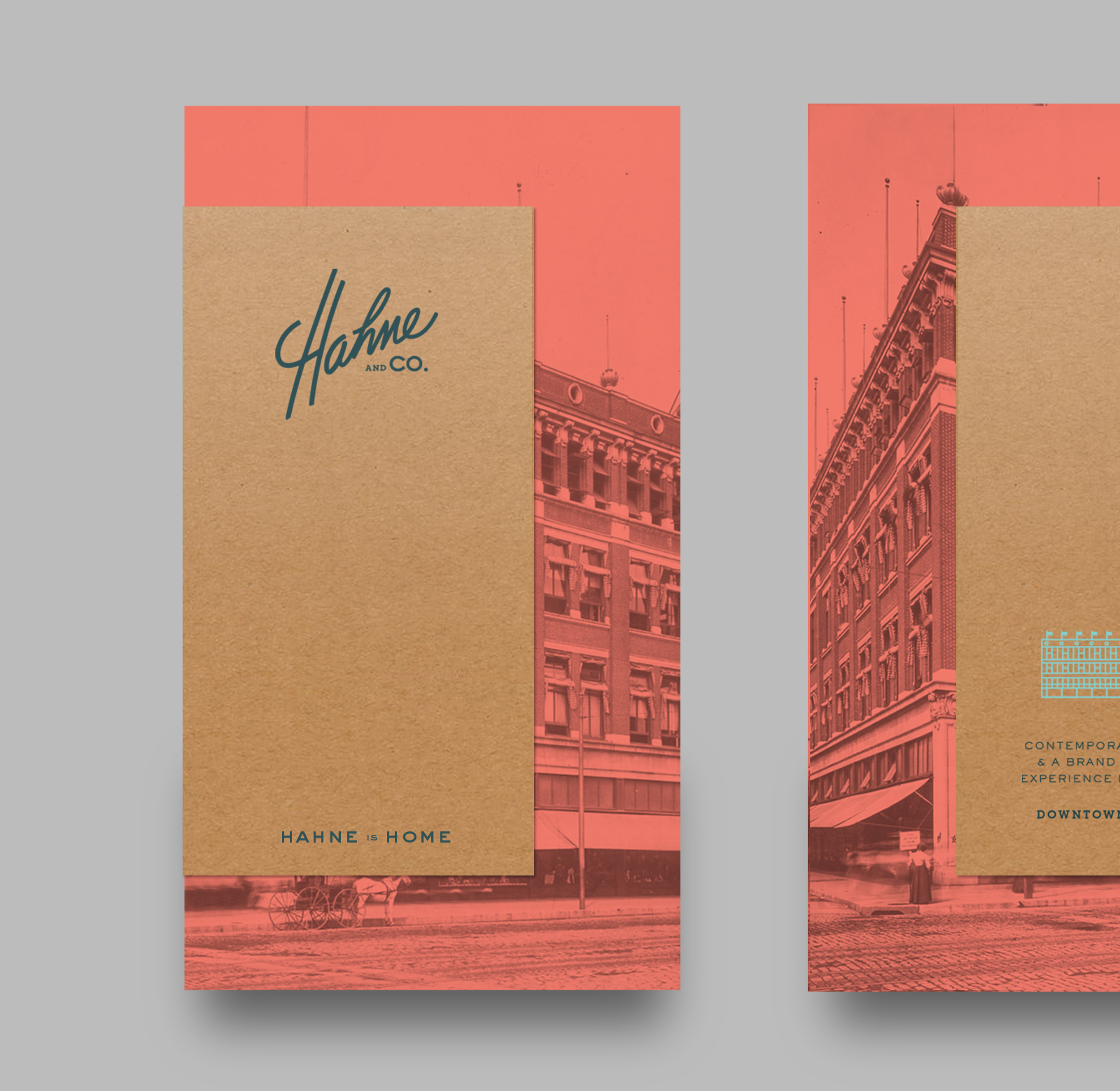 The Hahne has becoming a focal point in the continuing revitalization of the downtown Newark. With new facilities and programming from Rutgers University as well as high end commercial, retail and restaurant tenants, the building is becoming not only a place to live, but a destination. 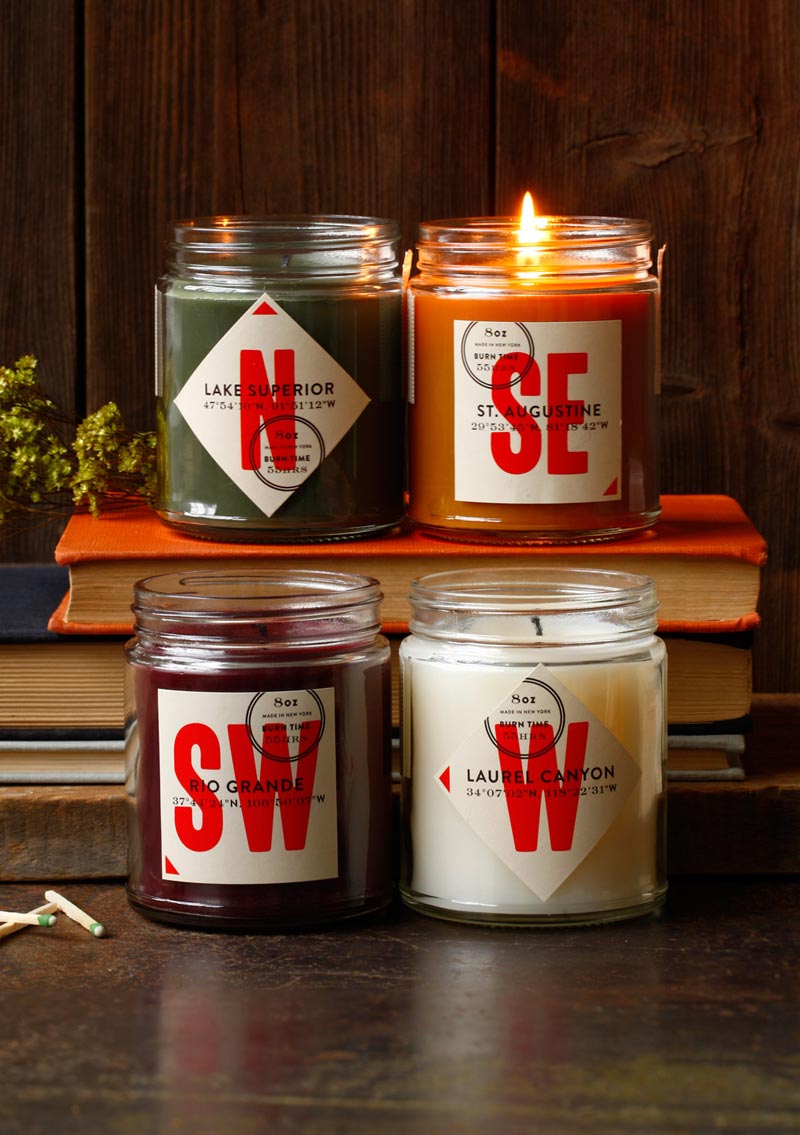 Set the mood or clear the air with our very own candles. Inspired by 100% imagined smells of dreamy locations.

Comprehensive branding, packaging, and signage for a Philadelphia favorite. Saxbys is about coffee and community.

New admissions materials, art direction, and photography for the oldest art school in the country.